Some time ago, I wrote about the “Disney” experience and how well trained the volunteers were to make this experience happen. This week I want to continue this thought, not with volunteers (although well trained volunteers always make things happen), but with executing the basics in extraordinary ways.
I have heard, and I am not sure whether it’s true or not, that Disney only allows well trained senior staff to clean and maintain its washrooms. I like the idea, because it shows how much emphasis Disney places on the “Disney Experience”. In short, they not only pay attention to the small details, they live by them! I think clean, well-stocked washrooms are a true indicator of the quality of an attraction or event. To me, it shows that management cares about the people it serves. Let’s face it, if they care about the state of their washrooms, it gives a very clear indication that they care about the quality of all that they do.
So why is it that so many of the festivals, events and attractions we visit fall down in this area? I don’t think it’s because they don’t care or that they are unclean people. I think organizers and mangers get so wrapped up in the “big” problems that they forget about the “little” things. It’s too bad, because I think they are missing a great opportunity to please their customers (attendees) and, happy and please customers spend money!! I believe that all festivals and events should appoint a senior dedicated volunteer to oversee this responsibility. If Disney thinks it’s the right thing to do, festivals and events should too! These volunteers should be assigned to pay attention to the “little” details that mean so much. Details like placing washroom facilities in strategic areas; making sure that there are plenty of disabled/senior washrooms; having wash up facilities in every washroom area; making sure there are plenty of supplies, including hand washing water, on hand for easy replacement; have the washrooms and area cleaned and monitored regularly and have all portable washrooms pumped on a regular schedule (more on busy days).


Finally, why not go that extra distance by adding flowers or plants to the washroom area; pipe in music to the area and place seniors/disabled seating there. All this may cost a little more, but your festival or event will reap the benefits. 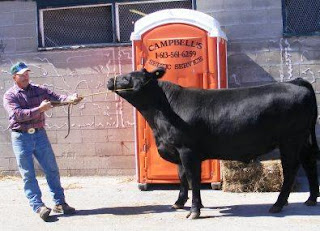 Posted by Gary and Judi McWilliams at 6:45 AM No comments:

Every Day Is Not Created Equal!

Unfortunately, due to the schedule we set for ourselves, we can’t always visit a festival on its prime day (usually a Saturday). This sometimes causes a problem for us. The reason for this is that too many festivals plan all there big events and attractions for the prime day and leave the other day(s) with lesser events. For people coming from out of town on an “off” day, this is a big disappointment! It leaves a “bad taste” and they are likely not going to come back in future years. Worst still, they will tell their friends how awful their experience was. I’ll give you an example. A few years ago, Gary and I visited a very popular event just east of us. We had heard a lot of great things about the festival, so we wanted to see it for ourselves. Due to previous commitments, we could only visit it on a Sunday. After we had arrived, we started to look around the town for the attractions. We could find very little happening. We explored the few attractions that were there but left with a great sense of disappointment.
Festival organizers and volunteers put a tremendous amount of effort and time into making their events happen, so why spoil it with having only half a festival? To me, the solution is simple. Either spread the activities equally between all the festival days or cut down on the number of event days. You may think that by having more days you’ll have a better festival. This only happens when each day is as interesting as the other(s). The reality is that you disappoint all that are involved! Visitors are disappointed because they are not attending a quality event. Vendors are disappointed because of poor sales (lack of quality attendees). And, volunteers because they feel negative vibrations from both visitors and vendors.


If you have the attractions and can make all festival days meaningful and fun, go for it. If not, do everyone a favour, scale down your event and make the 1 or 2 days the best they can be! 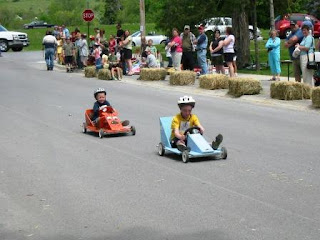 Posted by Gary and Judi McWilliams at 5:58 AM No comments:

We did, however, decide to go back to the play zone to see if they had a festival guide available for us to read. They didn’t, but they did have a site map. Much to our surprise and delight there was another part of the festival that we weren’t aware of. It was in the downtown area and some distance away! We followed the map to the downtown area and discovered the heart of the festival. In the downtown park two giant “Pumpkin” pyramids had been erected. They were full a hundreds of carved and lite up pumpkins! You could see the tops of the pyramids as we descended the hill to the downtown centre. It was wonderful to discover this important part of the festival. What a shame it would have been for us to have missed it!

The solutions for this festival and others are simple. Here are some suggestions:


I know I have said this before, but if you want to attract out-of-town visitors to your event, you have to make sure you plan for their needs. It is very difficult to sustain a festival or event, year after year, without attracting new attendees. 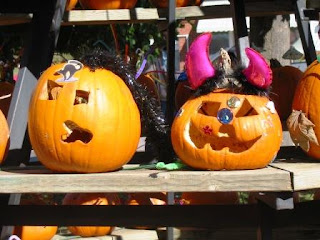 Posted by Gary and Judi McWilliams at 10:58 AM No comments:

It is very frustrating to visit a festival only to find mass confusion. The confusion I am talking about is site layout. I realized that not all sites lend themselves to be laid out perfectly. I also realized that some site locations are not large enough to hold the entire festival and that multiple sites may be necessary and/or preferable. People who go to a festival either want to see the entire event or want to see a specific aspect(s) of it. Well planned festivals, with single or multiple sites, which have good signage and an informative festival guide reduce or eliminate much of this kind of mass confusion.
Here is an example of what I mean. Gary and I drove quite some distance to attend a well-known and respected fall event. Here are some of the problems we encountered.

·         As we entered the town, there were no directional signs. We had to guess where to go and where to park.
·          Once we were on the festival grounds, there were no festival site signs to show us where activities and attractions could be found.
·         We looked for an information booth, but couldn’t find it.
·         There were no identifiable volunteers for us to ask where to find things.

We were left on our own to discover what the festival had to offer. This might appeal to some, but not to us and, I think, not to most new attendees. This was a “theme” festival, a Pumpkinfest. We were excited to see how they carried out the theme. As we walked through the grounds we discovered a food area, a play zone, a climbing wall, an arts and crafts show, a huge antique and classic car show and a Raptor Conservancy Show, but no “Pumpkins”, not one! We started to think that the festival organizers had missed the mark. We almost went home disappointed. 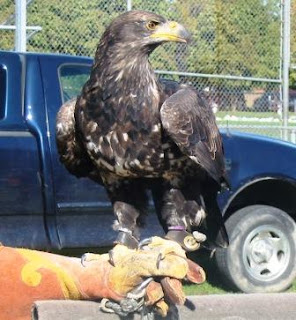 "The Raptor Conservancy Show was there."

Posted by Gary and Judi McWilliams at 6:21 AM No comments:

Volunteers at Their Best…

Although I have not experienced it first hand, I have heard that organizations such as and some cruise lines really know how to treat their guests. It seems that they learn as much about their customers as possible, and then use this information to make each guest as comfortable as possible.

While I realize that festivals and events can’t use this exact technique, they can use the philosophy behind it. That is, make their customers (attendees) as comfortable as possible. What does this mean to festival organizers? To me it means having a well-organized festival with informed “identifiable volunteers”.

Some time ago, Gary was fortunate to judge some very outstanding festivals and events in a number of different categories. One of the categories was “Best Volunteer Program”. There were a number of entries, but one stood out, to me, above the rest! Their Volunteer Program, from recruitment to retirement, was amazing! It was complete and covered all aspect of managing their volunteers. It is no wonder that this festival is considered one of the best in the world.

So, taking a lead from their program, here are 10 smart ideas to consider:
The whole point to this blog is to remind festival organizers that they should treat their guests (festival attendees) like princes or princesses as soon as they enter the festival grounds (sooner, if possible). This means having volunteers having well informed, recognizable volunteers who are friendly and prepared to guests on all aspects of the festival and the community. If you get this part right, everything will fall into place. 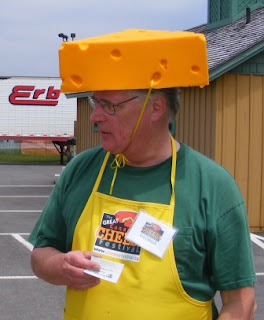 Posted by Gary and Judi McWilliams at 4:56 AM No comments: