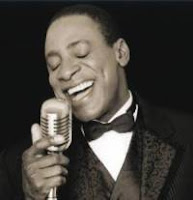 George St. Kitts
Performer/Producer
Love Train Revue Show
George is known as “the consummate performer”… a multitalented performer, producer and professional! This versatile vocalist/producer delights audiences nationwide. Born in Guyana, South America, George St. Kitts has been singing since he was three. Possessing a rare talent for singing in several languages, George easily connects with his guests. St. Kitts music’s diversity brings the stage alive! George’s vocal performances have led him to a dazzling lifetime entertainment career as singer, show and festival producer throughout the Toronto, Canada, the States and the U.K. Founder of St. Kitts Music Inc., writer-producer George was twice nominated for a Canadian Juno award in the Best R&B/Soul category in 1993 for 'All I Need' from his “SLAM” album and for his 1996 title "Never Stop" album. In 2008, George released his first live big band jazz album entitled “A Lot of Livin’ To Do”, proving his talent and showmanship are nothing less than world-class. This album receives worldwide play.

George is a professional entertainer, giving stellar performances for the long-running Broadway musical “The Lion King”. George sang in “The Lion King” production in Toronto for 3 ½ years in the ensemble, as well as the understudy for the character “Banzai”. George chuckled when he told me about this role as the character Banzai. He also played Sammy Davis Jr. in “The Rat Pack”. George also founded the Motown Boys, The Love Train Revue Show celebrating Black History Month, the Sounds of Motown and the Aurora jazz+ Festival, all under the umbrella of St. Kitts Music. The Aurora jazz+ Festival, which we visited and wrote about last year, has a larger scope than The Love Train Revue Show. As I mentioned before, George supports his community, local charities and artists and, George tells me that for the Aurora jazz+ Festival (http://www.aurorajazzfest.com/), they have indeed taken on another charity called CCAA (Canadian Centre for Abuse Awareness). George appreciates their efforts and what this organization offers, including counselling for men. He seems to be very aware of humanity and puts his efforts to contributing to his own community.

St. Kitts produces entertainment for large-scale events like the ROM opening, private parties, black tie charity/fundraisers, festivals/concerts, casino shows and corporate gigs that wow guests year in and year out. His sensational Sounds of Motown Show energizes any event, inviting guests to participate and simply enjoy dancing and singing to the music!
George states, “We honour our multicultural diversity offering songs in Hebrew; Italian & many South African folk songs.” You can contact George St. Kitts at http://www.stkittsmusic.ca/. George puts great effort into the production of his shows and told me that he actually gets to somewhat enjoy the evenings himself, after all the work is done, he just “lets the music speak for itself”! George is a busy man but assures me that he “sometimes” takes time to “relax” with his partner in life, Sher St. Kitts. I can hardly wait to interview Sher St. Kitts for “THE INSIDE SCOOP"!. I’m starting to wonder just how she is … (as quoted by Spider Jones) “on fire, a woman with a passion on a mission"…stay tuned for future additions of THE INSIDE SCOOP!
Posted by Gary and Judi McWilliams at 5:47 AM

Email ThisBlogThis!Share to TwitterShare to FacebookShare to Pinterest
Labels: Inside Scoop 8