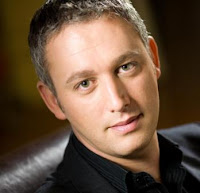 Focusing on THE INSIDE SCOOP, I wanted to help other organizers get a feel for some of the challenges the audience/visitors to a festival/event do not see. Mr. Farthing’s comical side started his reply and went on with “Now that would be giving away some of the secrets that make up the magic of theatre! Joking aside, probably the largest challenge is raising enough money each year to ensure our survival. Ticket sales only make up 24% of what it costs to put the festival on in the summer, and it is important to us that we keep our ticket prices affordable. So that means we have to do a lot of additional fundraising – applying for grants from differing levels of government, foundations, and our very generous individual and corporate donors – people who believe that we are making a difference in our community and want to support our vision.” As Artistic Director, Ian Farthing perhaps was the best person to get THE INSIDE SCOOP from regarding how many people audition for the season’s performances and what the process entailed. I had heard rumors that the competition is fierce! Ian tells me, “We get in the region of 600+ submissions from actors who want to audition. Because we like to have a mix of returning actors and new faces, that means that we are usually looking to cast about six new faces each year. So there’s a one in a hundred chance to start off with!” Oh my goodness, from all the reality competition shows we see on television these days, we see how tens of thousands apply and it gets down to the final 20 elimination. The odds at the St. Lawrence Shakespeare Festival seem good in comparison, but the stakes are so high and the competition of professionals fierce! Mr. Farthing goes on to explain the audition process, “We hold auditions in Toronto and Ottawa and we can usually see about 60 actors over three days. They are asked to prepare one or two Shakespeare monologues and a short song”. Yes my friends, these people/actors at the St. Lawrence Shakespeare Festival are among some of the most talented singers I have ever heard! Ian says, “If we think they might be a good fit for us, they will be asked to read from scenes from the two plays. It’s a tricky process because we perform our shows in repertory, so we need to make sure the actors are right for both plays. And that they’re right for Prescott. Not every actor is suited to living in a small town for 10 weeks in the summer!” I will have to ask Ian another time if the outdoor amphitheatre creates any bearing on choosing an actor as their voices would have to have great projection to be heard over the sounds of nature!
(To be continued)
Posted by Gary and Judi McWilliams at 7:45 AM

Email ThisBlogThis!Share to TwitterShare to FacebookShare to Pinterest
Labels: Inside Scoop 28